Today’s first official day of the Odyssey tour took us to many of the most iconic sites of Lisbon. Our tour guide, Ines, was a treasure as she was knowledgeable and the pride in her country was palpable. We began as one would expect with a visit to the cathedral or Se.

As in most Christian sites, the Cathedral of San Antonio is placed upon the site of a moorish mosque. No surprise as the land of Lisbon has been occupied by many civilizations of the millennium as well as suffering a major earthquake in 1755. The resulting cultural and architectural lasagna has created many layers. 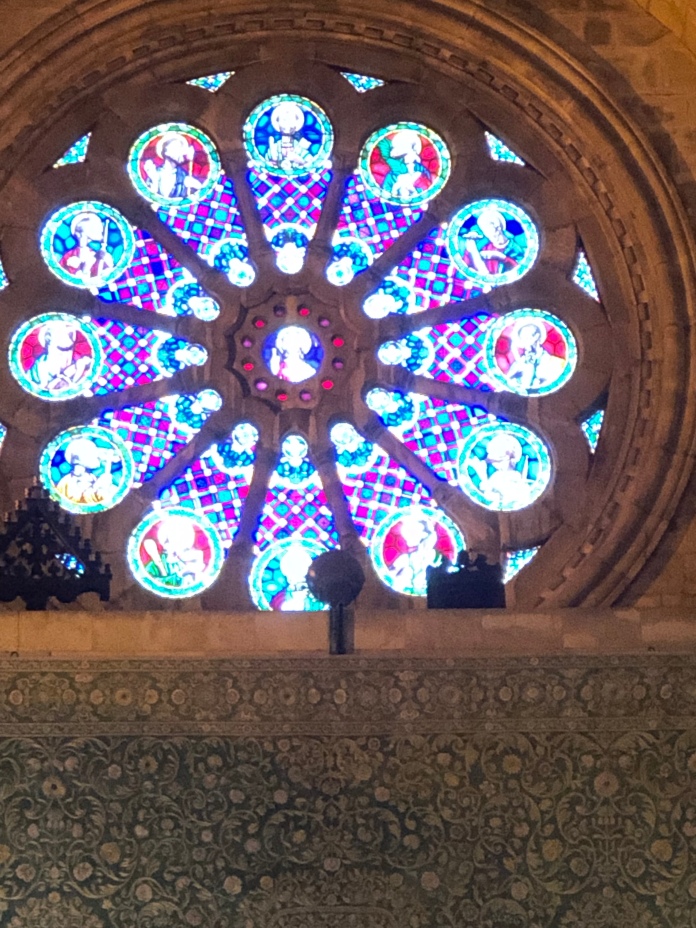 We then moved by bus to the tower of Belen. An architectural treasure that was used originally to guard the port city. It is now a major tourist attraction. It is not far from the Explorers monument dedicated to Henry the Navigator. There is an amazing schematic inlaid in stone that depicts the dates and places that the Portuguese explorers founded and settled.

In the afternoon we traveled by bus to the royal residence of Queluz where we learned about the Portuguese royal family succession and saw the beautiful gardens. 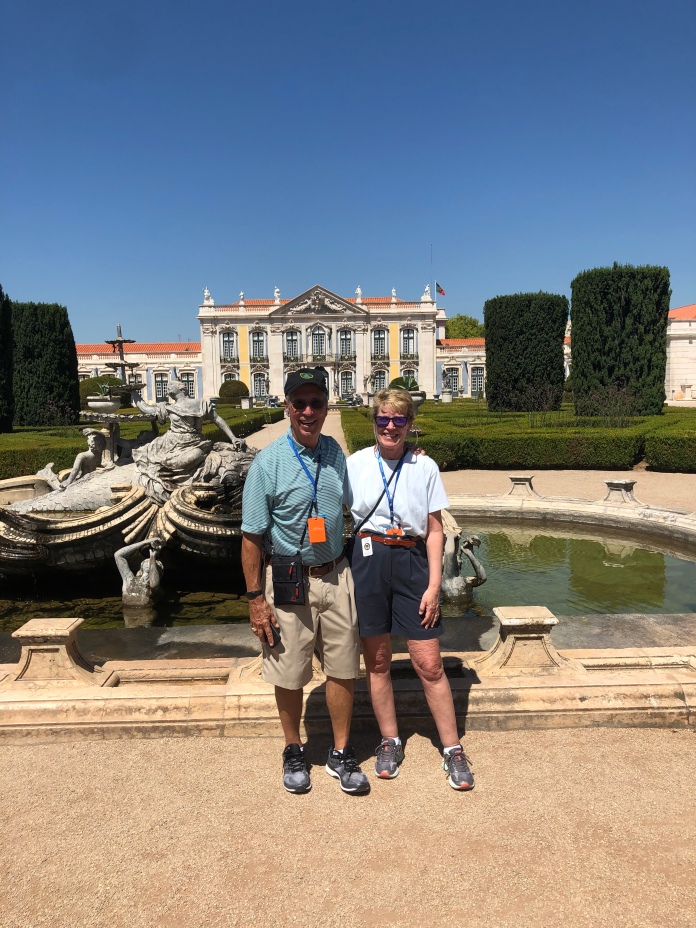 Pictured here are Mary and Ton Lujan part of our group of 15 that includes a brain surgeon, a lawyer, a police officer, and a Major General.

2 thoughts on “Details of a proud city”